This week, we explore Belgium’s unique new way of treating patients with phages…

We’ve talked about emergency/compassionate phage therapy cases, where patients get phages in the case of life-threatening, antibiotic-resistant infections. This requires new paperwork and federal approval on behalf of each patient, and can require emergency phage crowdsourcing. But recently, Belgium began pioneering another way to treat patients with phages.

Sarah Kronheim et al. published a paper in Nature this week on a new mechanism of chemical phage defense in Streptomyces. Here’s a News and Views piece by Martha Clokie and an Ars Technica piece on the work.

A recent re-estimation of annual deaths caused by multidrug-resistant organisms (MDRO) has come up with a number almost 7 times higher than the CDC estimate made in 2010. This suggests a need for better surveillance and reporting systems for MDRO infections.

Karin Moelling et al. published a paper this week in Viruses calling for urgent changes in regulation to allow phage therapy to proceed for patients in need. The authors are also championing a petition for the cause — learn more at http://phage-initiative.org

Tobi Nagel, founder and president of the nonprofit Phages for Global Health, was selected as a 2018 Moonshot Fellow by the Kravis Leadership Institute. The award recognizes leaders of innovative initiatives that positively impact the lives of people worldwide. Fantastic work, Tobi!!

PhagoMed, a Vienna-based phage therapy company, was just awarded a Phoenix Award. The award honours young and successful companies that serve as role models for high-class research and entrepreneurship in Austria. Congratulations!

We’ve talked about emergency/compassionate phage therapy cases, where patients get phages in the case of life-threatening, antibiotic-resistant infections. This requires new paperwork and federal approval on behalf of each patient, and can require emergency phage crowdsourcing. But recently, Belgium began pioneering another way to treat patients with phages.

How did this come about?

In July 2016, in response to two parliamentary questions about phage therapy, the Belgian Chamber of Representatives discussed the merits and the lack of specific regulation of phage-based therapies [text in Dutch and French only].

This led the Belgian Minister of Public Health to ask the Federal Agency for Medicines and Health Products (FAMHP, the Belgian authority for medicines), to help set up a national strategy for phage-based medicines.

The FAMHP then asked phage experts at the Queen Astrid Military Hospital in Brussels, Belgium for input.

Long story short, this led to the creation of a new Belgian phage therapy framework in October 2016. The framework allows phages to be processed as active pharmaceutical ingredients of magistral preparations (compounded prescription drug products in the US).

In tandem, the groups put together a monograph on how to safely prepare and test phages for use in patients.

In January 2018, the monograph received formal positive advice from the FAMHP.

What does this mean for doctors and patients?

This means that a physician in Belgium can now prescribe phages to treat a patient, and a pharmacist can receive this prescription and prepare a tailor-made phage cocktail for that patient.

Phages must be prepared according to the monograph, and they must be accompanied by a certificate of quality control analysis issued by a Belgian Approved Laboratory. Here’s a flowchart depicting what needs to happen: The pros and cons

As long as phages are prepared and administered in this way, phages can be routinely given to patients before they’ve been tested in clinical trials. What’s more, phages wouldn’t need to be prepared to GMP standards, which is costly and time-consuming. This should allow many more patients access to personalized phage therapy, as long as a physician believes their medical condition calls for it.

On the flipside, it remains to be seen whether this will constitute a safe and effective method of patient treatment. Without clinical trials, this will be difficult to ascertain, and of course, when clinical trials are not done, patient safety is at greater risk.

Is this in practice yet?

To date, only the Queen Astrid Military Hospital is preparing and administering phages according to this framework. They have a state-of-the-art cleanroom designated just for phage preparation and testing.

This summer, we had a chance to tour the Queen Astrid Military Hospital’s phage cleanroom facility. Many thanks to Jean-Paul Pirnay, Betty Kutter and Bob Blasdel for arranging this amazing experience! Photo credit: Betty Kutter. 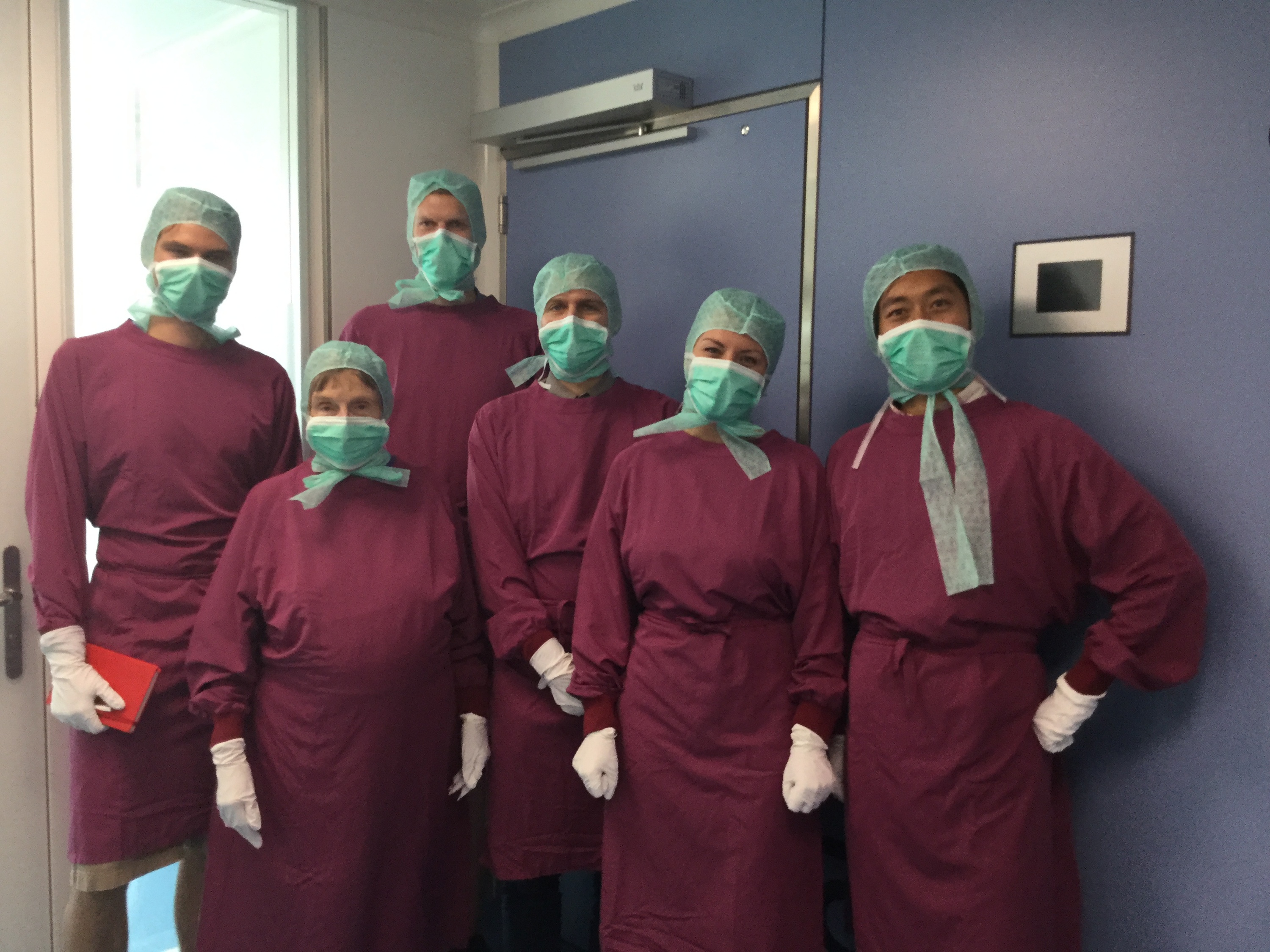 This innovative system doesn’t have to remain unique to Belgium. In fact, the phage preparation monograph was published under an open access license, and is free for anyone to use.

It remains to be seen whether other countries will follow Belgium’s example and adopt the regulatory change, but eyes are on France and other EU countries to see if they’ll follow suit.

**Update: since this post was written, we learned the following from Jean-Paul Pirnay at the Queen Astrid Military Hospital:


The main source for this issue of C&T was The Magistral Phage, an open-access article published in Viruses by Pirnay et al. in 2018.

To cite this, please use:
Sacher, J. (2018). Belgium’s new brand of phage therapy. Capsid & Tail, (8). Retrieved from https://phage.directory/capsid/belgium-therapy
BibTeX citation:
@article{belgium-therapy2018,}
RSS Feed
All diagrams and text in this issue of Capsid & Tail is licensed under Creative Commons Attribution CC-BY 4.0, unless otherwise noted.