This week Marcin Lubocki and Piotr Tynecki explain how AI tools like PhageAI can help us characterize our phages faster and more accurately (but only with the help of the phage community!).

Paper: The presence of plasmids in bacterial hosts alters phage isolation and infectivity.

Paper: New vista into origins of viruses from a prototypic ssDNA phage.

Paper: From kill the winner to eliminate the winner in open phage-bacteria systems.

We are happy to announce upcoming elections for the ISVM Executive Board:

We are now gathering the list of candidates to stand for election.

As an Officer, you can help shape the future of ISVM, and we hope that you will step forward and express your interest in one of the positions.

The election is open to all ISVM members.

All candidates should complete the candidate registration form (members would have received it by email) and send to membership@ISVM.org BEFORE SEPTEMBER 9th 2022.

Voting will be announced with an email that includes a link to the poll.

Thanks for your continued support. 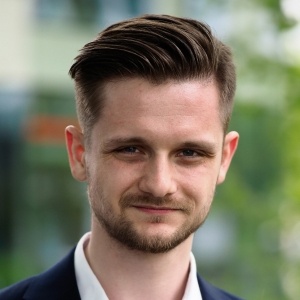 Polish PhD candidate in Medical Sciences at the Intercollegiate Faculty of Biotechnology of University of Gdańsk and Medical University of Gdańsk. Researcher and Life Science Business Developer at PhageAI. Big enthusiast of AI applications in biomedicine. 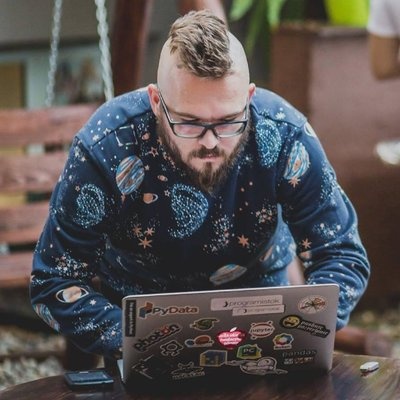 The phage therapy perspective in the nearest future

Phage therapy is a promising strategy to treat bacterial infections. Nowadays, with the increasingly growing threat of antimicrobial resistance to antibiotics, there is much more interest in phage therapy clinical trials. The application of phages in clinical setup is believed to be even more boosted in the nearest future as the law regulations have started to evolve to adapt novel approaches. An example is a recently given STAMP (Standardized Treatment and Monitoring of Phage Therapy) protocol approval in Australia. The ongoing program of implementation of such clinical trials on a broad scale, named Phage Australia, will be based on monitoring and standardizing the process of therapy, rather than a specific phage product. With such changes emerging, we can suspect that phage therapy will acquire even more attention in the nearest future. Therefore, we should take some action and prepare our phage collections for the opportunities to come.

The importance of phage characterization

Despite evolving clinical regulations, the implementation of phage therapy is still a challenging process. Every medical product has to be characterized as much as possible before its administration to lower potential adverse effects. In the case of phages, the characterization definition may differ depending on the researcher you ask, as it was investigated in recently published results of the ‘State of Phage’ survey performed by Phage Directory. Generally, the phage characterization may mean an annotation of as much information about a phage as possible. In the case of phage application in a clinical setup, the phage characterization usually means determining of host range, phage life cycle (lytic vs. lysogenic), and screening for any genes detrimental to phage therapy, such as toxins, antibiotic resistance genes, or genes related to horizontal gene transfer.

The problem in phage characterization is that we still have much to discover in phage genomics. Viruses are masters of gene packaging inside their relatively small genomes, and they frequently use completely novel to our understanding mechanisms of gene coding, e.g., some genes can be completely embedded within other genes. Many phage genes are hard to compare with entries in sequence databases, as they are highly variable.

Another issue is understanding the so-called phage dark matter. It is believed that the discovered phages represent only 1% of the total phage repertoire existing worldwide.

These facts imply that characterization with sequence alignment-based comparative methods usually fails. As a consequence, the process of implementation of phage therapy, especially within the criteria of personalized medicine, is very expensive and time-consuming. It mirrors another fact observed in the ‘State of Phage’ survey that many collected phages still await their characterization.

As PhageAI, we would like to invite you to help us in our efforts to overcome this obstacle.

The potential of Artificial Intelligence

Artificial Intelligence (AI) can be a useful tool to overcome the limitations of alignment-based methods in phage characterization. Recently, AI application in biology and medicine has not only gained popularity but also achieved significant successes as we can observe, e.g., in the case of AlphaFold. The growing abilities of novel, state-of-the-art AI algorithms help us achieve what is currently not achievable for a human mind and, from a biological perspective, not achievable for sequence alignment-based methods.

Generally, AI is a term that describes many technologies, which learn some patterns based on the data they have been given. It suits well in biology and genomics in the era of high throughput sequencing methods. Considering that phage research is a field in which genome sequencing is so heavily used these days, it is naturally a good place for biomedical AI.

PhageAI and NLP for phage characterization

Natural Language Processing (NLP) is a branch of AI technologies, and it is developed for understanding the context and meaning of words in natural language. This technology is used in spam filters or virtual assistants like Siri, Cortana, or Alexa, and is applicable wherever text processing is necessary. Interestingly, it can be used in biology.

PhageAI applies and adapts state-of-the-art NLP technologies to phage genomics, giving solutions to many biological problems in phage research. As the more data AI algorithms receive, the better they are in executing their tasks. Consequently, PhageAI uses the trend of high throughput phage genome sequencing to build a high-quality phage data repository.

Based on phage and bacterial data, we ‘teach’ NLP models to understand phage genomics. In simple words, these models treat genome sequences as a text containing a set of letters (A, C, T, G) and learn to read phage genomes just like we read books. Such models can be used to build a set of different classifiers, which answer different biological questions, e.g., is my phage virulent or temperate, or does my phage encode some toxins?

Today, with NLP applied to phage genomics, PhageAI achieves highly accurate predictions of the phage life cycle based solely on a phage genome sequence in a couple of seconds. The current version of PhageAI Life Cycle Classifier supports three life cycle predictions: lytic, lysogenic, and chronic (in which the phage progeny is released from the bacterium without its lysis). Importantly, PhageAI predictions are verified in a wet lab in cooperation with our clients, ensuring higher quality of future predictions.

The results to date encouraged us to start working on new classifiers, which will answer other important questions about phage biology. Currently, on the PhageAI web platform, apart from the Life Cycle Classifier, there is also the Phage Taxonomy Classifier, an alignment-free method for finding the most similar phages to the phage of your interest.

The results obtained with NLP technology are so prominent that the whole genome annotator built on several classifiers is currently under development, covering in the first place the problems directly related to the application of phages in therapy.

The phage life cycle is a key feature in determining phage utility in phage therapy. Prior to using a phage in a clinical setup, there are two important aspects of phage characterization to consider: the ability to kill via the lytic cycle and the diminished risk of horizontal gene transfer via the lysogenic cycle. NLP characterization based on the genome sequence of a phage is a prominent approach that bypasses alignment methods, which fail in the perspective of the unknown phage dark matter.

Gathering phage data enables higher characterization results. To achieve this, the PhageAI platform aims to become a new standard of the phage data repository and quality control, which will be used by NLP for phage genomics technology to explore new areas of phage research and development.

Invitation to participate on the PhageAI web platform

We would like to invite you to give us your feedback on the consistency of our predictions with the results you receive in the laboratory through the expert panel on the PhageAI platform. In this way, the tools we provide will be even more accurate and serve the phage community better by accelerating global phage research.

Polish PhD candidate in Medical Sciences at the Intercollegiate Faculty of Biotechnology of University of Gdańsk and Medical University of Gdańsk. Researcher and Life Science Business Developer at PhageAI. Big enthusiast of AI applications in biomedicine.

To cite this, please use:
Lubocki, M., & Tynecki, P. (2022). PhageAI and natural language processing for in silico characterization of the phage life cycle. Capsid & Tail, 190. https://phage.directory/capsid/phage-ai-for-phage-life-cycle
BibTeX citation:
@article{Lubocki2022PhageAI,}
RSS Feed
All diagrams and text in this issue of Capsid & Tail is licensed under Creative Commons Attribution CC-BY 4.0, unless otherwise noted.