Phage therapy, translated: where is the field at?

As we look forward to the 2022 Phage Futures Europe event, 6-7 July in Amsterdam, take a look at the 2021 post-event report to gain insight into last year’s key topics and takeaways.

Created in collaboration with PhD students from Phage Directory, Sheetal Patpatia and Aël Hardy, read about:

Delve deeper into these conversations at our 2022 event and explore new areas including:

Paper: Phages and their satellites encode hotspots of antiviral systems

Pre-print: The φPA3 Phage Nucleus is Enclosed by a Self-Assembling, 2D Crystalline Lattice

Phage researchers came together in Nairobi recently for a symposium entitled the “Status of Bacteriophage Research in Kenya”. This exciting event — the first national phage meeting in Africa — was co-hosted by the Kenya Medical Research Institute and the Institute of Primate Research, both headquartered in Nairobi.

Organizers and attendees included many former participants of the training workshops that Phages for Global Health (PGH) has delivered over the past 5 years in East Africa, and the president of PGH, Dr. Tobi Nagel, gave a keynote address virtually from the US.

A major goal of the Symposium was to strategize about how a centralized collection of phages — called a phage bank — might be established and utilized in Kenya to address the nation’s antibiotic resistance crisis. This idea was the focus of a recent scientific article published by PGH and colleagues.

You’re invited to Africa Phage Forum #7, which will be a talk called ‘Phage Display - an old resource for new applications’ by Dr. Ivone Martins. The event is currently set to take place the 12th April 2021 at 2pm GMT+3, and will last approximately 1 hour. https://apf.phage.directory/schedule/apf-webinar-7

Phage therapy, translated: where is the field at?

I’m a PhD-student and phage enthusiast, with background of Translational medicine. Working at Phage Therapy laboratory, University of Helsinki, Finland. My current projects include development of high-throughput phagogram assay to enhance phage diagnostics, and manufacturing of phage products for patient use. 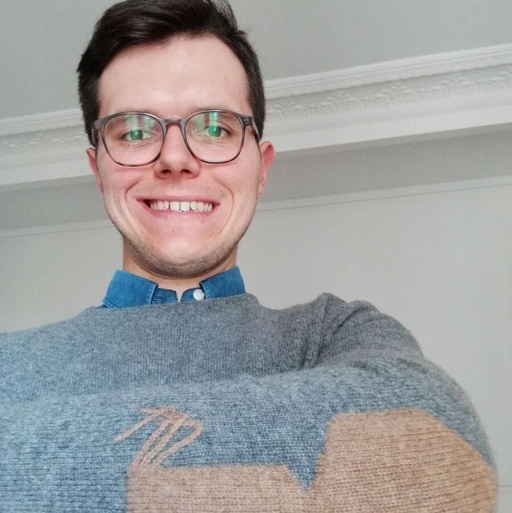 My research focuses on the discovery of new antiphage molecules, but I am interested in anything phage-related—from the most fundamental aspects to clinical applications.

The fourth annual Phage Futures Congress, hosted by Kisaco Research, took place in Brussels, Belgium on November 23-24, 2021. The congress was the first international onsite phage event since the start of the COVID-19 pandemic, following an online edition of Phage Futures earlier in 2021.

The Phage Futures series of conferences focuses on phage therapy, from a commercial and regulatory perspective. The event gathered international experts from phage industries and academia of very diverse backgrounds, which however all have one thing in common: interest in phages and use of phages or phage-related therapies.

The conference focused mostly on use of phages for human applications (phage therapy), but also covered use in the animal industry (livestock and aquaculture).

In terms of platforms used, wild phages seem to currently be the most widely used solution. Engineered phages were already used once in an academic context, but are still on the horizon for a broader use. Alternatively, lysins (phage-encoded enzymes capable of hydrolyzing the bacterial cell wall) are gaining traction with companies like PhagoMed being recently acquired by BioNTech, and other companies such as Bioharmony, Lysando and Micreos developing their products too.

Matching a phage to a bacterium

Selection of the right phage for use against a given bacterium strain is crucial for the success of phage therapy. Ways to improve speed and accuracy for the determination of sensitivity to phages were largely discussed. Dr. Ronen Hazan (Principal Investigator, University of Jerusalem, Israel), Dr. Bob Blasdel (Research Director at Vesale Pharmaceuticals), and Dr. Cindy Fevre (Director R&D, Pherecydes Pharma) presented their experiences about different phagogram assays and what approach they prefer. Dr. Hazan pointed out the importance of thorough testing and using both plaque and kinetic assays. He also advised against extrapolating results for phage-bacterium pairs other than the ones tested. Dr. Fevre preferred to test phages with both methodologies too, in particular when phages are to be used to treat patients.

In addition, Dr. Blasdel introduced Vesale Pharmaceutical’s high-throughput phagogram assay to fulfil the needs of hospitals and research facilities for selecting in limited time the best phages for patient use. Dr. Blasdel presented a luciferase-based phagogram assay which detects the release of ATP following phage-mediated cell lysis. However, the reliability of this technology to estimate infection by diverse phages relies on prior testing of high numbers of taxonomically diverse phages. To this end, it is important to test as many phages and as long as possible in combination with kinetic assays.

Professor Christian Giske (Chief consultant physician & Chairman, EUCAST) highlighted the need for the phage community to use a concise approach and a reference methodology to use in hospital settings.

Lastly, Dr. Natalie Ma, co-founder of Felix Biotechnology gave an insight into what the future could hold to accelerate phage-bacteria matching. Felix Biotechnology is for example feeding an AI algorithm with host range data to find regions of phage genomes determining infectivity.

One of the major topics at the congress was the challenge of phage manufacturing and GMP production from small to large scale. Dr. Barbara Hubad, COO at Jafral, shared her experience of large-scale GMP phage production. Dr. Hubad believes that one of the most important factors is to check for cross-contamination of phages, especially when working with different phages at the same time for cocktail preparation. Another challenge is that when moving up from small to large scale, the phage stability may differ.

Dr. Adam Ostrowski, Technical Applications Specialist at Cellexus, advocated in favour of single-use equipment as one approach to phage manufacturing. Cellexus developed a bioreactor system which offers fast and easy phage production and minimises the cross-contamination with help of single-use pouches. As there are major phage production challenges, there is also growing interest in the phages in the industry and solutions are developed for phage scientists.

One recurrent debate among the phage community is whether fixed cocktails or personalised approaches should be favoured. Dr. Bob Blasdel supported the establishment of banks of small-scale, individually characterised phages, which are then selected as Active Pharmaceutical Ingredients (API) and combined in a cocktail. Additionally, feedback in terms of sensitivity and efficacy towards bacteria from the ‘real world’ could feed the model and improve selection criteria of phages.

Overall, the emerging consensus seemed to be that both approaches are not mutually exclusive but rather complementary. Clinical trials rely on the use of fixed cocktails, while in the future, personalised administration of one or few phages taken from one phage bank is probably the most promising avenue.

One point reiterated throughout this congress was the necessity for clinical trials assessing safety, and more importantly, efficacy of phage therapy. This message was highlighted, among others, by representatives from health authorities: Peter Beyer (Senior Advisor at the World Health Organisation) and Dr. Cara Fiore (Microbiologist and Senior Regulatory Reviewer at the Food and Drug Administration).

Dr. Shawna McCallin (Clinical Coordinator at Balgrist University Hospital, Switzerland) gave an objective overview of current clinical trials in the field of phage therapy. Exciting times lie ahead in the area of phage clinical trials: at the moment there are 26 registered phage studies, out of which six are actively recruiting and five are already active–which constitutes an all-time high for phage therapy. She believes that successfully passing phase II clinical trials represents a critical step for phage therapy, as so far out of four phase II clinical studies, three have failed. Together with Dr. Sarah Djabara (Infectious Disease Doctor at the Queen Astrid Military Hospital, Belgium), she coordinates the creation of an international phage therapy database. This international initiative aims to collect data in a centralised and standardised way to increase transparency and reduce positive bias in reporting.

Antimicrobial resistance (AMR) is a silent pandemic, and it is estimated that by 2050 more than 10 million deaths will be caused by AMR. Due to a lack of drugs, African and Asian countries will pay the heaviest cost.

Dr. Tobi Nagel, founder and president of Phages for Global Health, presented the work done by her non-profit, charity organisation, which aims at facilitating use of phages in Africa and Asia. The delay of drug delivery seen in the AIDS and COVID pandemic needs to be avoided in the AMR crisis, and one way to achieve this goal is having the developing countries make drugs for their own population. To this end, she promotes the creation of phage banks in developing countries with support of international and public philanthropic funds. One initial step towards the construction of such phage banks is the organisation of practical workshops about phage isolation in African countries such as Uganda, Kenya, Ghana and Tanzania. In total, over 1200 scientists have been trained in basic phage biology, which led to the isolation of 450 phages and creation of 50 phage projects throughout the continent.

Future of the phage field

All panellists agreed that phage therapy has a bright future, taking into consideration the rising awareness about antimicrobial resistance and the lack of usability of antibiotics. To Dr. Hessel, precise targeting of microbiomes holds a lot of promise and needs to be further investigated. On the other hand, Dr. Pirnay envisions cell-free, on-site production of phages in a more distant future. Finally, Dr. Corsini and Dr. McCallin insisted on the importance of clinical trials, as the numbers of clinical trials currently being run is higher than ever and may give a clearer picture of the potential of phage therapy.

In conclusion, the Phages Futures Europe 2021 Congress confirmed a trend observed over the last few years: the use of phages is gaining traction internationally, with more clinical trials starting and companies launching new products and technologies. The safety of phage therapy is quite well established now, and the biggest challenge in the future remains to prove whether its efficacy can be demonstrated. Ultimately, the different approaches (phages, lysins or phage-derived antimicrobials) should not be seen as mutually exclusive, but rather complement each other in our fight against antimicrobial resistance.

Thanks so much to Atif and Steph for helping out with links and blurbs this week as always!

I’m a PhD-student and phage enthusiast, with background of Translational medicine. Working at Phage Therapy laboratory, University of Helsinki, Finland. My current projects include development of high-throughput phagogram assay to enhance phage diagnostics, and manufacturing of phage products for patient use.

My research focuses on the discovery of new antiphage molecules, but I am interested in anything phage-related—from the most fundamental aspects to clinical applications.

To cite this, please use:
Patpatia, S., & Hardy, A. (2022). Phage therapy, translated: where is the field at? Capsid & Tail, (171). Retrieved from https://phage.directory/capsid/phage-futures-europe-2021
BibTeX citation:
@article{phage-futures-europe-20212022,}
RSS Feed
All diagrams and text in this issue of Capsid & Tail is licensed under Creative Commons Attribution CC-BY 4.0, unless otherwise noted.