This week, we’re featuring a ‘behind the paper’ article by Steven Sutcliffe and Michael Shamash, graduate students in the Maurice Lab at McGill University. They dive into their new paper on what happens to gut phages when common oral medications (e.g. painkillers) are taken.

Dr. Evelien Adriaenssens and Dr. Matthew Gilmour (Quadram Institute, Norwich, UK) have won BBSRC partnership awards to collaborate with Canadian researchers! Dr. Adriaenssens’ partnership is with Dr. Hany Anany’s lab at Agriculture and Agri-Food Canada, a department of the Canadian government concerned with farm and agri-based products, to focus on a One Health approach to understanding and using phages to control enteric pathogens, and their effects on the gut microbiome.

Ryan Cook (University of Nottingham) and colleagues published a new paper describing INfrastructure for a PHAge REference Database (INPHARED): a way to identify large-scale biases in the current collection of phage genomes. It includes a script for the automatic retrieval of phage genomes from Genbank! Paper | Tweet thread by Ryan Cook

All Jobs Post a job
Post DocPhage-host interactionsMarine phages
The Buchan lab (University of Tennessee) is seeking a post-doc to study phages that infect a member of the Roseobacter lineage of marine bacteria. The candidate will work on a project to investigate host-phage interactions and influence on competitiveness in marine niches. Please contact Alison Buchan (abuchan@utk.edu) with questions or interest.
Phage engineeringSynthetic biologist
Eligo Bioscience (Paris, France) is looking for a Synthetic Biologist to tackle the ambitious challenges of diving into phage genetics and engineering bacterial strains. The candidate will work hand-in-hand with our Phage Biologists and Microbiologists to accelerate the process of Eligobiotics engineering.
Phage based productsSenior Research Scientist
Intralytix (Maryland, USA) is currently seeking an experienced Research Scientist for a hands-on bench-based position to participate in various research projects focused on the development of bacteriophage-based products.

Tiffany Luong (San Diego State University) and colleagues have published a paper called ‘Can Viruses Save Lives?’ in the Biomedical Science Journal for Teens that describes their analysis of clinical phage therapy reports published in recent years. This involved adapting their original paper into a digestible version geared toward kids and teens — what a cool initiative! Original paper | Teen version.

From @PaulJaschke on Twitter: “I’m looking for images of petri dishes with M13 #phage on them. Can anybody help me out? We’re trying to test Plaque Size Tool on turbid plaques and (surprisingly) cannot find any on the internet! Thanks!”

The 27th annual Boston Bacterial Meeting is going to be held on June 10-11, 2021 organized by a diverse group of students and post-docs from several institutions. It has talks on Antibiotic Resistance (chaired by John Dekker, National Institutes of Health) and Phage and Gene Transfer (chaired by Alexander Meeske, Washington University), followed by breakout sessions and including a mentorship exchange program. Register by June 4!

We hosted Dr. Justin Clark (phage bioinformatician at BCM Tailor Labs) in our recent phage bioinformatics series (co-hosted with IBRC), and many of you have been excitedly waiting for the recording! While unforeseen factors prevented us from sharing the original, here’s a re-recorded adaptation: ‘Phage On Trial—Bioinformatic analysis of therapeutic phages’. In this video, Justin goes through the basic bioinformatic analysis he performs in order to determine whether phages are suitable for phage therapy.

P.S. Join our #phage-bioinformatics Slack channel to discuss the video & get the community’s help with your phage bioinformatics projects!

PHAVES #16 will be May 12 at 2PM Mountain time. Dr. Greg Canfield and Dr. Laura Damioli from the University of Colorado will give a joint talk entitled: Freedom from antibiotic purgatory?: Salvage phage therapy for cure of spinal hardware infection.

Sign up for this event and future ones at https://seminars.phage.directory/!

PHAVES #17 will be May 18, 5pm CEST (Paris time). Quentin Lamy-Besnier, a PhD student in the Debarbieux lab at the Institut Pasteur in Paris will present their team’s newly launched Viral Host Range Database, an online tool for recording, analyzing and disseminating virus-host interactions.

Come learn from Quentin how to use this much-needed new tool for the phage community! Small group networking to follow.

Register for this talk and others in the PHAVES series at https://seminars.phage.directory! 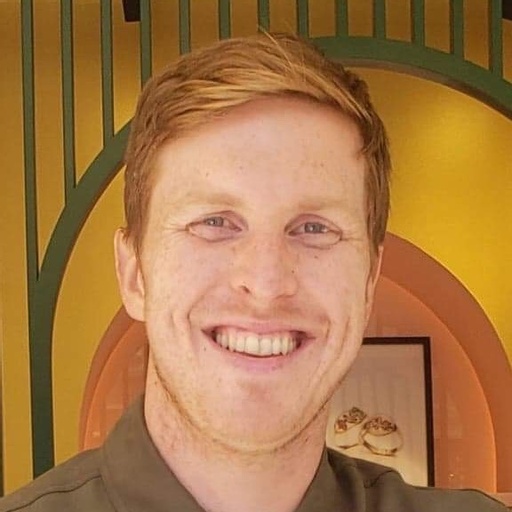 Drawn to studying bacteriophages due to their important ecological role in the gut. Currently completing my PhD as a member of the Maurice lab. 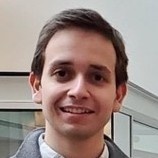 I’m a Master’s student in the Maurice Lab at McGill University. My research interests include studying bacteirophage-bacteria interactions of the infant gut microbiota and how their dynamics change over time in the contexts of health and disease. To do so, I use single-cell techniques combined with viral and bacterial metagenomics.

Temperate phages truly know how to have it all. One minute they’re taking refuge in their host bacteria when the going gets tough, or piggy-backing off of a successful host. The next they are undergoing lytic replication, rapidly multiplying, and infecting new susceptible hosts. Even more surprising is that most bacteria tolerate this and carry at least one prophage in their genome. Prophage integration is hardly stable and temperate phages regularly switch from a quiescent prophage state to lytic replication. This switch is usually caused by triggering a stress response in the bacterial host.

In our recent research paper, we showed that growth inhibition of prophage-harboring gut bacteria by common oral medications leads to prophage induction and active viral replication.

Early studies of the human gut microbiome showed that temperate phages dominate the ecosystem, while more recent work suggests that the abundance of temperate phages can vary greatly between individuals. Both diet and disease have been shown to shape the phages found in the gut, while also being capable of inducing prophages. We wanted to know if medications, which have been shown to shape the bacterial and viral communities in the gut, might also be inducing prophages.

Using isolates to simulate the gut

To simulate a gut community as much as possible, we collected eight lysogenic gut bacteria representing the four major phyla of the human gut. We selected bacteria that had been proven to grow well in the laboratory anaerobically at 37°C.

Twelve medications, spanning five classes (non-steroidal anti-inflammatory, chemotherapy, mild analgesic, cardiac, and antibiotic) were selected for this study. The antibiotics had previously been reported to induce prophages. Medications were tested over a range of concentrations as prophage inducing concentrations are known to vary, and the exact concentration of these medications found in the gut are unknown.

Screening each treatment for prophage induction was not feasible, so we decided to first perform a pre-screening step where we looked for inhibition of bacterial growth. Measuring bacterial growth inhibition is a lot more convenient than measuring virus production, and it’s also a good proxy for prophage induction since the mechanisms that trigger prophage induction (i.e. DNA damage) and viral replication often kill the host cell in the process. From these treatments, we quantified viral production by epifluorescence microscopy counting of virus-like-particles (VLP).

As we had hypothesized, bacterial inhibition by medication was almost always followed by an increase in VLPs, and about half the time the increase was significant, indicating prophage induction. Surprisingly, it was not only antibiotics which induced prophages, but most of our host-targeted drugs were also capable of inducing at least one prophage. Only two drugs did not induce a prophage under the conditions tested.

Most of our isolates harboured more than one prophage. We wanted to see which prophage(s) were being induced by our library of medications, and if we would be able to predict whether a prophage could be induced by its genome content alone. Clostridium beijerinckii was the perfect candidate, as it had 11 predicted prophage regions, and produced the most VLPs. By sequencing the VLPs of C. beijerinckii, we show that the the in silico predicted prophages were being induced.

When it comes to prophage induction, no one drug fits all

We were excited to confirm that medications, including non-antibiotics, could induce prophages in a species-specific manner. No one drug induced prophages in all isolates, and the inducing concentration varied between species. This effect was even more pronounced among the non-antibiotic drugs where just two bacteria (C. beijerinckii and Bacteroides caccae) represented most of the prophage induction.

We think these results are the first step in understanding how the relationship between bacteria and viruses in the gut may be shaped by medication consumption. It will be interesting to see how these results play out at community level in vivo, why there is such a species-specific response, as well as how these non-antibiotic drugs are actually triggering prophage induction.

Thanks to Atif Khan for help finding and summarizing this week’s phage jobs and community posts!

Drawn to studying bacteriophages due to their important ecological role in the gut. Currently completing my PhD as a member of the Maurice lab.

I’m a Master’s student in the Maurice Lab at McGill University. My research interests include studying bacteirophage-bacteria interactions of the infant gut microbiota and how their dynamics change over time in the contexts of health and disease. To do so, I use single-cell techniques combined with viral and bacterial metagenomics.

To cite this, please use:
Sutcliffe, S., & Shamash, M. (2021). Inducing prophages in gut bacteria with common oral medications — Behind the paper. Capsid & Tail, (125). Retrieved from https://phage.directory/capsid/prophage-gut-oral-meds
BibTeX citation:
@article{prophage-gut-oral-meds2021,}
RSS Feed
All diagrams and text in this issue of Capsid & Tail is licensed under Creative Commons Attribution CC-BY 4.0, unless otherwise noted.