The struggles, the pain, and the prospects: Doing phage work in a resource-limited setting

This week, Nnaemeka Emmanuel Nnadi, a Lecturer at Plateau State University in Bokkos, Nigeria, shares some of the challenges his phage research lab faces due to their resource-limited setting.

Also in this issue: new papers on phage parasites, flagellotropic phages, pharmacologically-aware phage therapy, successes for Armata, and more! Plus, we wrote a textbook chapter!

Have you heard about how phages have their own parasites? Here’s a great tweet thread by Kim Seed of UC Berkeley explaining two new papers from her lab! The papers focus on understanding V. cholerae phage interactions with PLEs, phage-induceable chromosomal island-like elements, which exploit phages for their own spread. Paper 1 on PLE replication strategies | Paper 2 on phage helicase hijacking by PLEs.

If you haven’t read Elio Schaechter’s blog, Small Things Considered, you should take a look. This week he wrote a lovely post on flagellotropic phages and how phages “lasso” their host by the flagella, then glide down to the base for infection.

Here’s a shameless plug: we wrote a textbook chapter for Bacteriophages: Biology, Technology, Therapy, and it came out this week! We focus on how countries new to phage therapy are making compassionate phage therapy work (hint: collaboration is key). Let us know if you’d like a PDF copy.

Krystyna Dąbrowska (Polish Academy of Sciences) and Stephen Abedon (Ohio State University) have published a review on what it means to do “pharmacologically aware” phage therapy, which takes into consideration the in vivo obstacles to phage therapy.

Armata Pharmaceuticals has addressed its shareholders with good news about how their company is progressing post-merger between C3J and AmpliPhi. The company also recently announced that it has received a Research and Development Tax Incentive cash rebate of USD $1.3 million from the Australian Tax Office based on R&D spending in Australia in 2018.

If you can get to Hamilton, Ontario Nov 14-15, check out the 2019 Gairdner Symposium: Fuelling the Fight Against Antimicrobial Resistance. Speakers include Dame Sally Davies (UK special envoy on AMR), Kevin Outterson (Director of CarbX), authors Maryn McKenna (Big Chicken) and Steffanie Strathdee (Perfect Predator), among others!

A Postdoctoral Research Associate position in microbiology is available immediately in the lab of Dr. Patrick Secor as part of an interactive multidisciplinary research team focused on bacteriophage biology at the University of Montana. The Postdoctoral Research Associate will work under the supervision of Dr. Secor to complete the exciting research on a novel antibacterial vaccine targeting bacteriophages.
Industry Business Developer BiotechPhage TherapyBusiness development

PhagoMed is looking for a high calibre business developer to join our team in Vienna, Austria.

The struggles, the pain, and the prospects: Doing phage work in a resource-limited setting

Nnaemeka Emmanuel is a lecturer at the Department of Microbiology, Plateau State University, Bokkos, Nigeria. He obtained his PhD in Medical Microbiology from Nnamdi Azikiwe University Awka. A budding molecular biologist, Dr. Nnadi focuses on using bioinformatics to study the population genomics, evolution and pathogenesis of pathogenic microorganisms in Nigeria , he wants to be able to use limited resources as is the case in Nigeria to study gene functions and gene interactions. He runs a mixed wet/dry lab using genomics.

Phage research is gaining traction globally. The interest is increasing and spreading to resource-limited settings. The problem of drug resistance is real, and worsened by unregulated drug use. The practices of self medication, improper disposal of unused antibiotics, sub-standard antibiotics and poor sewage disposal system makes our location (Bokkos, Plateau State, Nigeria) a unique site for isolation of phages effective against resistant bacteria.

My aim is to give you a peek into our world as we try to respond to this growing concern against resistant bacteria using phage therapy.

Our attention was turned to phage after a colleague attended a phage workshop (one of the workshops put on by the nonprofit organization Phages for Global Health). The phage isolation process sounded very easy, and we looked at various protocols, hoping to replicate them and isolate our first phage. The first frustration set in; after three weeks, we could not get a phage. We tried and failed several times to isolate a phage, not because there were no phages present, but because we didn’t have a filter, and could not afford to buy one. We learned the hard way that filtration is key to a successful phage isolation. Good protocols are clearly needed, and critical points should be outlined in protocol descriptions.

Phew!!! We got our first phages against E. coli and S. aureus after a friend gave us 0.45-µm filters he got a long time ago (although they were expired). The filters were so unique, because we could just use syringes. Our phages have shown good activities against E. coli. 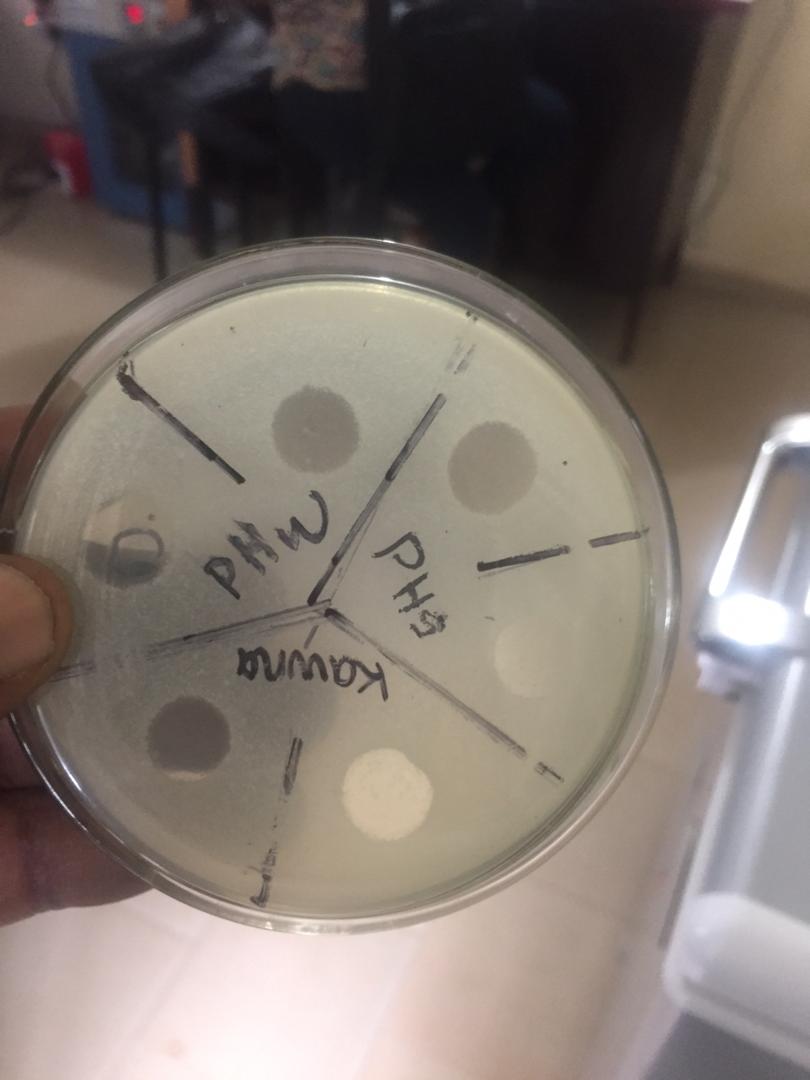 Next steps: creating a phage bank (with minimal electricity)

The next question was: how do we identify the phages and store them for future use? For us, the problem of electricity is real. Getting 10 hours of constant electricity is not really possible. So we are trying several options toward building a phage bank. We are working on how to keep the phages alive with minimal electricity. Will this work? I don’t know.

Another area of struggle is getting a collaborator who believes in you and who would want to help. When your work looks too simple and elementary, it is hard to find good collaborators. They want you to have taken the work to a certain point before you are taken seriously. Hey! A lot of work has gone into that elementary science. We hope we can find collaborators that would help us identify our phages.

Phage work has lots of prospects here, ranging from agriculture to health. The range of applications is vast. People are looking for alternatives to the drugs we use, and we are excited to keep studying phages to see what they can do.

Nnaemeka Emmanuel is a lecturer at the Department of Microbiology, Plateau State University, Bokkos, Nigeria. He obtained his PhD in Medical Microbiology from Nnamdi Azikiwe University Awka. A budding molecular biologist, Dr. Nnadi focuses on using bioinformatics to study the population genomics, evolution and pathogenesis of pathogenic microorganisms in Nigeria , he wants to be able to use limited resources as is the case in Nigeria to study gene functions and gene interactions. He runs a mixed wet/dry lab using genomics.

To cite this, please use:
Nnadi, N. (2019). The struggles, the pain, and the prospects: Doing phage work in a resource-limited setting. Capsid & Tail, (51). Retrieved from https://phage.directory/capsid/resource-limited
BibTeX citation:
@article{resource-limited2019,}
RSS Feed
All diagrams and text in this issue of Capsid & Tail is licensed under Creative Commons Attribution CC-BY 4.0, unless otherwise noted.