Have you submitted genome sequences for phages that haven’t been cultured yet? Here’s what you should report if and when you do.

Last week, we announced a new set of reporting standards for uncultivated viral genome sequences. This week, we’re shining light on what these standards are, how they came to be, and why we should all take note.

We’re also introducing a new section this week: the Community Board! Submit requests to the phage community for phages (for any reason, not just therapy), or for collaborations, recommendations, potential supervisors, etc., and we’ll post them here. We hope you’ll give it a try! 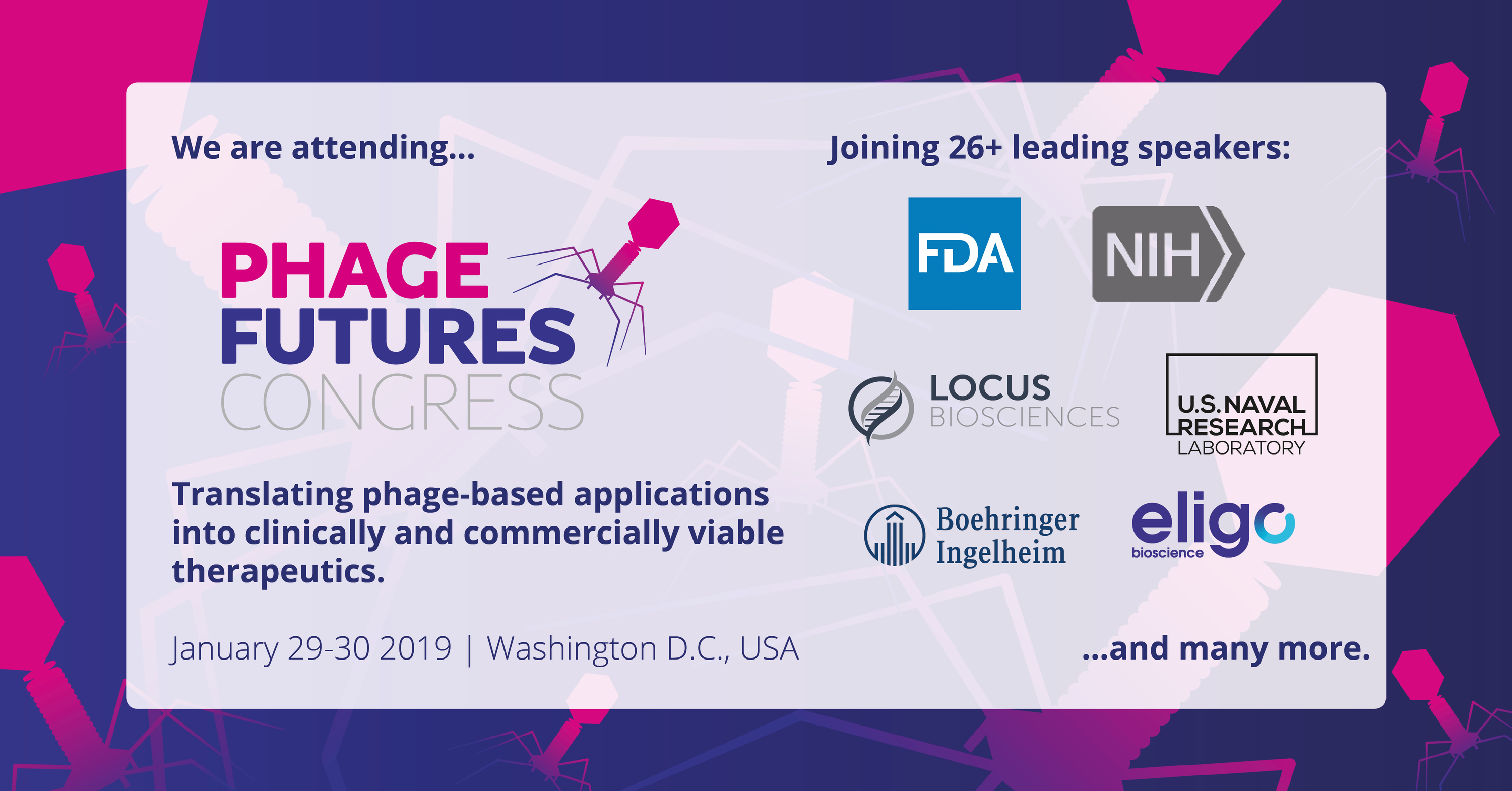 Mark your calendars for another exciting translational phage conference! The Bacteriophage Therapy Summit will take place in Boston, Massachusetts March 26-27, 2019. The meeting will focus on the discovery, translation and acceleration of phage research into targeted therapeutics. Register here and use code 12259PHD for 10% off.

The American Society for Microbiology will host ASM Microbe 2019 in San Francisco June 20-24, and the abstract submission deadline is Jan. 15, 2019—submit yours here!

Did you know ASM has a phage group called Division M?. Members are invited to attend Division M’s Business Meeting on June 21 at 5 PM (at ASM Microbe 2019) for food, drinks and (phage) conversation!

Not one but TWO interesting new phage methods papers have just been published by KU Leuven researchers. The first, by Hanne Hendrix et al. details how to screen for growth-inhibitory proteins made by phages. The second, by Jeroen De Smet et al. shows how to identify phage-host protein interactions.

Many of you have probably published a genome sequence for a new phage you’ve isolated. But huge numbers of genome sequences for viruses that haven’t yet been cultured are now being generated. This is thanks to the field of viral metagenomics, where DNA of all viruses in an environmental sample is analyzed at once.

This week, we’re shining light on what these standards are, how they came to be, and why we should all take note.

A genome sequence of a virus that’s never been propagated in the lab. Thanks to metagenomics and metatranscriptomics, more and more of these sequences are coming in.

How many uncultivated viral genome sequences have been collected?

Apparently, about 750,000 in the last 2 years alone. This is 5x higher than the number of genomes from viruses that HAVE been cultivated. Uncultivated viruses actually account for 95% of the viral genome sequence diversity in public databases.

What can these sequences tell us?

Understanding the diversity of viruses on our planet (most of which are probably phages) can tell us a lot about ecosystems and the roles of microbes within them.

Why do uncultivated viral genomes need (their own set of) standards?

If everyone used the same reporting standards, viruses found in different places, with different techniques, and by different people, could be compared more easily. This would allow much more information to be extracted from the massive amount of data being collected around the world.

Current standards for metadata reporting for other kinds of genomes, which are maintained by the Genomic Standards Consortium, don’t quite work for uncultivated viruses.

Uncultivated viruses are so much more diverse than other organisms, and their identification depends on computational methods. This means that the completeness and quality of their genomes, their taxonomy and their ecology each need to be evaluated in a way that takes these unique aspects into account.

Who made the new set of standards?

This was a joint effort by government and academic researchers in 15 countries (US, UK, Netherlands, Canada, France, Belgium, South Africa, Egypt, Germany, Australia, Japan, Spain, Austria, Colombia and Switzerland). The effort was led by the US Department of Energy Joint Genome Institute.

What needs to be reported?

*The reasons why this info is so important for uncultivated viruses, as well as instructions on how to do these analyses, are clearly detailed in the MIUViG standards paper.

Are you avoiding these pitfalls?

Where should you submit your data?

Submit your sequence and metadata to any International Nucleotide Sequence Database Collaboration (INSDC) member database, such as:

If you’d like to learn more, please read the paper (open access) by Roux et al., which was our main source for this issue.