This week, Oluwasegun Isaac Daramola and Williams Timilehin Owoeye explain why you should join them in celebrating another spooky World Phage Week!

On the 28th and 29th of October, the Ibadan Bacteriophage Research Team will be hosting the 3rd World Phage Week Webinar Series! For 2022, the event will entertain discussions ranging from early-career phage research engagement to how phage biobanks can facilitate clinical therapy.

We are urgently seeking Enterobacter cloacae phages for a patient in the UK.

The PASTEUR Act is a US bill that would incentivize the development of antibiotics. The Pew Charitable Trusts is urging people to ask their members of Congress to include the PASTEUR Act in the congressional omnibus package that lawmakers are readying for active debate before the end of the year.

In a new paper in Cell Chemical Biology, Quirin Emslander and colleagues present a new cell-free platform for personalized production, transient engineering, and proteomic characterization of a broad spectrum of phages.

Emily Agnello et al. present the structure of the P74-26 tail tube and introduce an in vitro system for studying the kinetics of tube assembly.

In a new paper published in Nature Ecology & Evolution, Martin Guillemet et al. study the effect of coevolving phage populations on the diversification of bacterial CRISPR immunity across space and time. They demonstrate that the negative-frequency-dependent selection generated by coevolution is a powerful force that maintains host resistance diversity and selects for new resistance mutations in the host.

In a new preprint on bioRxiv, Eligo Bioscience researchers engineer a phage-derived particle to deliver a base editor and modify E. coli colonizing the mouse gut.

All Jobs Post a job
Plant pathologyJob posting
The Department of Plant Pathology at North Carolina State University is hiring a Temporary Research Technician to work on phytobacterial and phage characterizing for soft rotting bacteria and Xanthomonas pathogens of peach and pepper.
Gut microbiomePost Doc
The Hsu Lab at Virginia Tech is hiring a postdoctoral associate with expertise in biology, biochemistry, biological engineering, chemical engineering, or a relevant field to work on the gut microbiome with focuses on host-microbe interactions, phages, synthetic biology, and gut-specific biomaterials engineering.

We’d love to hear all your VoM Portugal stories— esp. since we couldn’t go! Email or tweet us, and we’ll post them here in Capsid! jessica@phage.directory / @phagedirectory — also send us pics!

What was your favorite talk?
What was one (biggest) thing you learned or took away?
What did you love about VoM Portugal?

The talk will cover the long and winding road from phage research, over phage production, to authorized phage applications in patients in Belgium. Save the date to know everything about PHAGE THERAPY in Belgium.

Have you succeeded or failed to isolate Mycobacterium abscessus phages? We are setting up a new lab in Florida and looking for tips —Johan Wikström 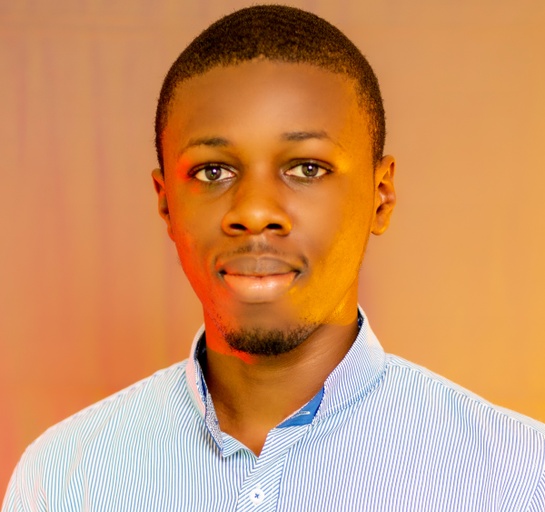 As an Undergraduate Researcher and Team head of IBRT, I have worked on computational genomics approaches in phage genome characterization, annotation and isolation. I have also worked on AMR gene determinants of Klebsiella pneumonia using computational approaches. 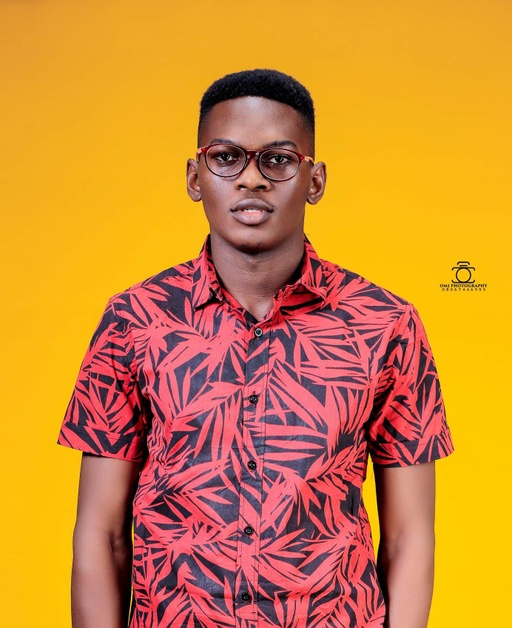 I help brands communicate their goals to their target audience and part of the process involves immersing myself in the ideals of such brands. To effectively communicate the values of a research organization, I consider it important to also participate in research. Since I am also a student of Biomedical Laboratory Science, I consider my journey in research killing two birds with one stone.

In 2008, when Prof. Graham Hatfull started the implementation of the Science Education Alliance-Phage Hunters Advancing Genomics and Evolutionary Science (SEA-PHAGES) program, nothing could have prepared him for the oak trees that would later grow from those acorns planted in Undergraduate researchers. Who would have thought one of the 208 institutions involved in the innovative program would grow to become one of the agents at the forefront of triggering fascinating conversations about bacteriophages, especially as it connects Africa with the rest of the world?

The Ibadan Bacteriophage Research Team (IBRT) organized the webinar series in 2020 and 2021 to mark World Phage Day (22nd October) and we are about to do it again in 2022 with a consistent touch of diversity on the 28th and 29th of October! 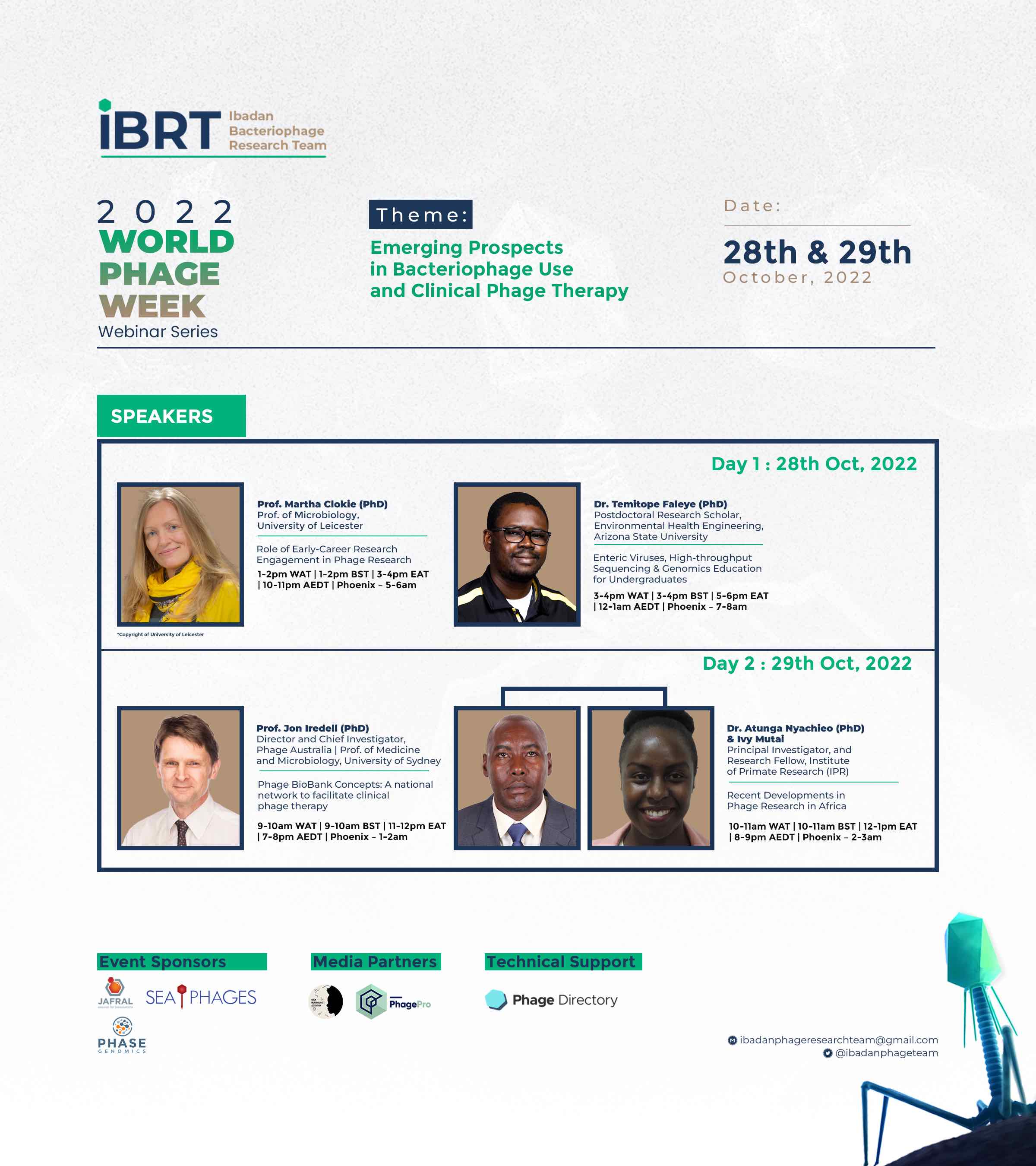 Hosted in the largest city in West Africa, the Ibadan Bacteriophage Research Group (IBRT) has distinguished itself as a SEA-PHAGES group with a difference by virtue of its daunting aspirations. We are a purpose-driven undergraduate research community from the University of Ibadan and have come this far with the support and sponsorship from faculty mentorship and notable members of the phage family such as BCM Tailor Labs, SEA-PHAGES, Phase Genomics, the Indian Bacteriophage Research Consortium (IBRC), the African Phage Forum (APF), as well as Phage Directory.

Now if you wish to be a part of this conversation but visiting West Africa is not on your bucket list for the year, you don’t have to worry. The webinar themed “Emerging Prospects in Bacteriophage Use and Clinical Phage Therapy” is exclusively online, so you can join from anywhere you are on this blue planet.

In the 2021 edition of the webinar, prominent speakers were featured that spoke extensively on the status report of the development of phage therapy. Here is a short overview of how it went down: Graham Hatfull opened the conversation with the topic “The SEA-PHAGES Design: The Impact of Undergraduate Engagement in Phage Therapy and AMR Advocacy”. This provided a holistic overview of the SEA-PHAGES program and how it connects to the bigger picture of achieving a robust bank of phage data, which will ultimately lead to an improved understanding of the genomic variation of phages.

The second speaker, Prof. Jesca Nakavuma, a senior lecturer from the University of Makerere in Uganda, gave a presentation on: “Emerging AMR Crisis in Africa: The Fate of Bacteriophage Therapy Acceptance,” and hers was also a detailed expose. She took the attendees through the different dimensions of the reality of AMR in Africa and the progress that was being made with phage therapy.

On the second day, we paid host to Prof. Zuzanna Drulis-Kawa, the President-Elect of The International Society of Viruses of Microbes, as she spoke on the topic: “Fostering International Engagement for Bacteriophage Research for Combating AMR.” She updated the audience on the status of phage therapy while highlighting Klebsiella pneumoniae, and she concluded by emphasizing the importance of conferences like VoM, which was later held in Portugal this year. Many Phage enthusiasts that attended can attest to how it held them spellbound.

Dr. Jessica Sacher of Phage Directory rounded it up with a session that was right up her alley: “Science Communication as a Tool for Phage Therapy Visibility and AMR Advocacy.” Since you are reading this here, I will leave it to your imagination to fill in how impactful this electrifying session must have been. It is safe to say the organizers deliberately scheduled the webinar to end.

This year, the lineup of speakers is as amazing as it gets as it features the Think Tank in the Phage family, and we are sure to be treated to conversations that haven’t been held before in the cycle of Phage Phrends all over the world.

This year’s webinar will feature discussions on:

The registration link is active now. Register before it closes here! https://bit.ly/IBRT-WPW2022

As an Undergraduate Researcher and Team head of IBRT, I have worked on computational genomics approaches in phage genome characterization, annotation and isolation. I have also worked on AMR gene determinants of Klebsiella pneumonia using computational approaches.

I help brands communicate their goals to their target audience and part of the process involves immersing myself in the ideals of such brands. To effectively communicate the values of a research organization, I consider it important to also participate in research. Since I am also a student of Biomedical Laboratory Science, I consider my journey in research killing two birds with one stone.

To cite this, please use:
Daramola, O., & Owoeye, W. (2022). Don’t be left out of the conversation: Register for the 3rd World Phage Week Webinar Series. Capsid & Tail, 197. https://phage.directory/capsid/wpw-2022
BibTeX citation:
@article{Daramola2022Dont,}
RSS Feed
All diagrams and text in this issue of Capsid & Tail is licensed under Creative Commons Attribution CC-BY 4.0, unless otherwise noted.